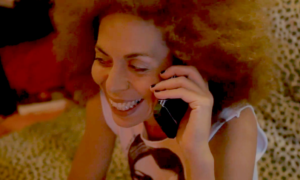 No stranger to drastically reworked covers, with NOBLESSE OBLIGE, Renay recorded a stark funereal cover of THE EAGLES’ ‘Hotel California’ in 2013 on their album ‘Affair Of The Heart’.

Laced with layers of string machine, her downtempo take on ‘Christine’ comes from an upcoming Siouxsie tribute album entitled ‘Icon’; the collection also features the brooding reinterpretation of ‘Rhapsody’ by Jorja Chalmers which was included on her ‘Midnight Train’, one of the best albums of 2021 and Jay-Jay Johanson’s trip-hop flavoured stamp on ‘Tattoo’. Additionally, Berlin-based duos PYSCHE and NNHMN respectively contribute heavy electronic versions of ‘Cities In Dust’ and ‘Happy House’ while Italian Combo HIDDEN PLACE points ‘Dazzle’ in a frantic industrial goth direction to highlight how under-rated the song is within the Banshees catalogue.

To accompany ‘Christine’, Valerie Renay has produced a low budget, lo-fi, DIY video featuring German underground musician and model Steve Morell in a cameo; she spoke to ELECTRICITY CLUB.CO.UK about the Strawberry Girl and the Banana Split Lady…

When you get invited to cover songs on these tribute albums, do you get to choose or are you told what to perform?

I was able to choose, but my first choice, which was ‘Israel’, had already been chosen by someone else. Luckily, ‘Christine’ was still free!

What was the inspiration behind your arrangement of ‘Christine’?

I started by playing the song on the piano and jam with Theo Taylor, who co-produced the track. I wanted to create something slow, moody, dreamy, and sensual to depict this descent into insanity that is the story of the real Christine. I tried to construct a spacious and sonically sparse sphere like a hall of mirrors, where it’s hard to tell reality from fantasy, and you just find yourself drifting aimlessly. 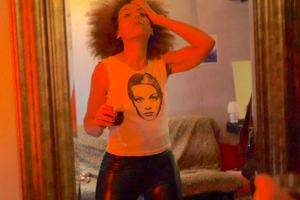 You made the video on a zero budget. What is the story and how did you get it made?

We made the video in my old flat in the middle of the lockdown at the end of 2020, while it was still kind of illegal to gather in the same room unless the windows and doors were open. Theo Taylor also shot and edited the video. I knew he was leaving for New Zealand shortly after, and it was our last chance to make a video together.

The lyrics of the song were inspired by the book ‘The Three Faces of Eve’ which tells the story of Christine Sizemore, a woman who suffers from multiple personality disorder. The names in the songs, Strawberry Girl, Turtle Lady, etc are actual names that Christine’s children gave to the different distinct personalities, of which there were 22 in all.

So, ideally I wanted 22 people to come into my flat and “be me”. In the end, I was happy to get hold of a handful of friends and get them to stand outside in the garden while we were shooting inside, one at a time, trying to respect the corona regulation as much as possible.

It was a very intimate affair. The atmosphere was relaxed, and we managed to have a lot of fun while shooting and drinking wine. I was honoured that Berlin living legend and supermodel Steve Morell was able to join us.

ELECTRICITYCLUB.CO.UK gives its warmest thanks 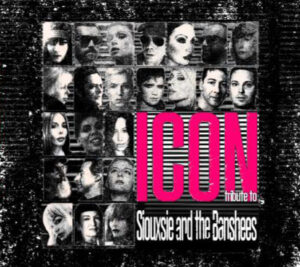 ‘Christine’ features on the tribute album ‘Icon’ released on 18th April 2022 by Infrastition as a CD, pre-order from
http://www.infrastition.com/en/produit/icon-tribute-to-siouxsie-and-the-banshees/