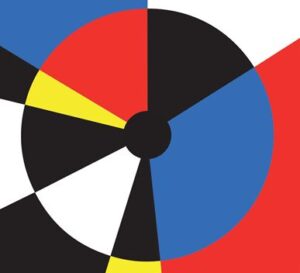 BLANCMANGE have had a busy couple of years, what with the ‘Semi Detached’ in the Spring of 2015 and the magnificent ‘Nil By Mouth’ in the Autumn of the same year.

The latter, certainly topped the position in the instrumental albums arena that annum, beating the likes of the mediocre ‘MG’ by Martin Gore for one.

More recently, MOBY said that BLANCMANGE were “Probably the most under-rated electronic act of all time”.

follows BLANCMANGE’s recent releases rather quickly, heralding the new era of Neil Arthur’s reign, with, no less than fourteen tracks, assuring “electronic minimalism, sharp lyrics and wintry romanticism”. The minimalism, is indeed palpable on the excellent opener ‘Red Shift (Blame Thrower)’; almost as if something from the very early HUMAN LEAGUE was transferred into the luscious musicality of today, only fresher, trashier, metallic and grabbing – especially with the echoing vocals over the stacked up synths.

The two following instrumentals, ‘Flight 2157’ and the ‘Commuter 23’ title track break up the ordinary with curious sounds describing the mundanity of modern travel. The gritty synth of the former, almost distilling in its quality, creates an uncomfortable and nervous projection of reality; while the buoyancy of the latter calms the receptors, leading to the gentle ‘I Wish I Was You’.

A true return to the roots of BLANCMANGE, this delicately mastered piece floats over with the single lyric of “I wish I was you”, repeating in a mantric pattern, bringing both calmness and nostalgia, as well as the need to break free from the ordinary. It’s a true tribute to the ambient king BRIAN ENO’s ‘Another Green World’.

‘Last Night (I Dreamt I Had A Job)’ invites with a simple guitar riff and a liquid synth, descending into sounds reminiscent of the early works of THE HUMAN LEAGUE, interspersed with PET SHOP BOYS inspired additions. The vision of having the most obscure of occupations, a six-to-two shift, consisting of packing boxes, isn’t perhaps what most of us dream about, but the majority of people do have the constrains of corporate conglomerates, even if what they actually do is described in a more appealing manner, rather than just “packing boxes”.

The sensual sounds of ‘Jack Knife’ gently descend upon the ear with an ordinary theme, according to Arthur himself, it’s a “rhyming lorry journey – all emotionless communication via cr*p mobiles, from places you don’t belong . . . loneliness”.

“So far from home, so far from home, so far, so far from home” bears a slight resemblance to Martin Gore’s lyrical obsession. The fresh beats of NEU! materialise in the instrumental ‘Elemental Change’, while ‘Waiting All The Time’ marks the transition into the über minimalist beats; slow, off the mark, ambient and almost tribal, with a dose of insecurity and fear. It’s a truly superb synth track, tying the past with the future in one seamless knot.

‘NHS’ ironically describes the “system being stretched beyond breaking point”, using the ROXY MUSIC blueprint, and ‘It’ll Pass Maybe’ experiments with synthesis and vocals with simple “no” and “yes”, canvassed upon sparse electronica, urging the listener to “experience new music”. 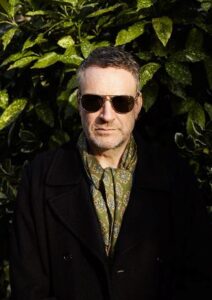 The cleverly titled ‘Judge Mental’ is possibly the best track on the production, jokingly laden with random lyrics like “I googled you, then I googled myself too / I thought maybe my phone is on silent”, bearing a poignant message of the breakdown in communication.

The synths, in the state no more than required, mark the simplicity and brilliance of this track, leading into the more ambient, less obvious part of the album, with tracks like ‘Scarred’, ‘St Paul’s’ and ‘Time Day_Night’. The former, being choir-based, simplistic and heavenly, is an astonishing dose of fear and hidden brilliance; the middle, with a brief vocal from Arthur, sounding better than ever, over tweeting of birds in an imaginary green open space, to the latter, with its out of time feeling.

BLANCMANGE still surprise. From the pop star, having enjoyed fame with ‘Living On The Ceiling’, through the break-up and resurrection, further abandonment and couple of excellent recent releases, including the superb ‘Nil By Mouth’, Neil Arthur still has it.

Great minimalistic sounds, interesting ambient melodies à la Eno and grabbing electronica is what is required. A true coagulation of old and new, re-packaged with poise and purpose, ‘Commuter 23’ is a must have for everyone talking synthpopia.

is released by Blanc Check on 11th March 2016 and can be pre-ordered as a CD via the Official Blancmange Store at http://blancmange.tmstor.es/