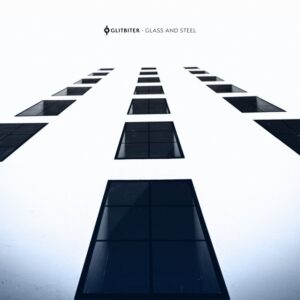 GLITBITER is the musical vehicle of Los Angeles-based musician and vocalist Florence Bullock.

Classically trained with a love of esteemed songwriter Jimmy Webb, she describes her style as “Dreamy synthwave for the dark soul”.

One of her forays into the North American synthwave scene included her contribution to BETAMAXX’s ‘Lost In A Dreamworld’ album on ‘Skyhigh’, with the song’s vibrato treated vocal stabs on the coda being a particular delight. There was also a cameo in the video for another BETAMAXX track ‘Never Sleep Again’ which was fronted by gothwavers VANDAL MOON.

Meanwhile, when PARALLELS celebrated the 10 year anniversary of their debut album ‘Visionaries’ with some specially commissioned remixes, GLITBITER’s sparking rework of the song ‘Vienna’ was the best of the bunch. More recently, she joined DEAD ASTRONAUTS for the recently released ‘Silhouettes’ album with ‘Thorns’ being one of the highlights.

Having issued a promising three track EP ‘Short Stories’ in 2017, GLITBITER has taken the next step with a six song mini-album called ‘Glass & Steel’. This title is an appropriate pointer to its contents and the first thing instantly noticeable is the leap in sonic progression compared with her earlier work.

The melancholic folk-laden opener ‘Out of the Wasteland’ adopts a slow swing template and recalls Scotland’s WITCH OF THE VALE or Sweden’s Karin My but enhanced by speedy arpeggios and prominent synthbass drones. More four-to-the-floor with a driving bass triplet, ‘Turn’ gallops into the sunset with a rich display of vocal prowess. 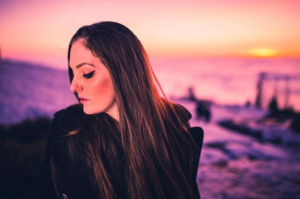 Featuring a soaring sweeping synth solo that is a total delight, ‘Blade’ reveals an angelic crystalline quality to a more archetypical synthwave template although GLITERBITER puts her own stamp on the form, learning lessons from her association with BETAMAXX.

Much more ringy in tone, ‘Girl In A Storm’ applies an interesting use of stuttering rhythm at its start before embarking on its syncopated journey while swathed in folky overtones.

With a meaty rhythmic construction that doesn’t overbear, ‘Follower’ pulsates wonderfully while also providing space to breathe for the gloriously emotive vocals. ‘Glass & Steel’ ends with ‘Fights & Fears’, a lush set piece that includes bright and bent synth passages to take the listener into another zone.

With all the songs written, produced, performed and primarily mixed by GLITBITER except for ‘Turn’ and ‘Follower’ by Mike Balboa, ‘Glass & Steel’ is an impressive debut long form release that avoids most of the synthwave clichés to showcase GLITBITER as an electronic talent for the future.

Dark without being doomy and eschewing the shoegaze distortion or tune aversion that mars the majority of dreampop, ‘Glass & Steel’ provides an appealing feminine air to the synth form with a few traditional elements for that crucial facet of musicality.

‘Glass & Steel’ is available as a download via the usual digital platforms including
https://glitbiter.bandcamp.com/album/glass-steel