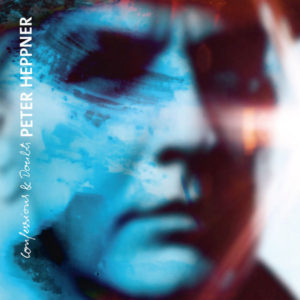 PETER HEPPNER requires no introduction; his voice is recognisable worldwide, even to those who didn’t know or remember WOLFSHEIM.

It all started in Hamburg, a city known for many an accomplished act, but it was and still is WOLFSHEIM that brings the notion of melancholic nostalgia to minds. After a few successful albums and having established die-hard fans, Heppner left the coop and went solo. And expectedly so, his own provisions continued to feed the lovers of his deep, unusual and classy vocal over ‘Solo’, ‘My Heart Of Stone’ and various collaborations with CAMOUFLAGE as well as many others like NENA, PAUL VAN DYK and SCHILLER.

companion collection eases the burden of the long wait since his last offering, providing enough material for four albums. The original material gets the first airing in album versions, then instrumentals, followed by the ‘TanzZwang’ portion with further tracks plus remixes of those by some notable German bods. If that’s not enough, Heppner will be touring the offering throughout Germany this winter.

‘Confessions & Doubts’ opens with demurely ‘Unlovable’, where the listener is transported into the Heppner parallel universe, full of minimal instrumentation, familiar abandonment notions in the lyrical content and that haunting voice, which could be recognised anywhere in the universe.

Joachim Witt, an artist celebrated in Germany something chronic, joins Heppner on ‘Was bleibt?’ Performed in his mother tongue, it’s a modern semi-electronic ballad, coming into its own thanks to WOLFSHEIM-like connotations.

Heppner returns to English on ‘Nothing Ends’, where the tempo speeds up like ‘Once In A Lifetime’ with a modern twist. Thanks to this album, the listeners are truly enjoying ‘Viele Schöne Stunden’, yet another beautiful easy listening ballad, while the reminder that ‘Good Things Break’, as they “tend to change… always end”, brings Heppner into a monologue, where he translates his childhood toys into the pain of adulthood.

German domiciled American Kim Sanders joins the Königsstimme on ‘You Don’t Love Me’, while the most synth content can be found on ‘Chance’, which is stompingly bubbly and super electronic. 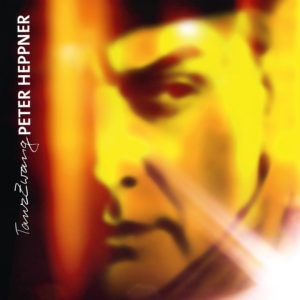 The vocal numbers are followed by their stunning instrumental renditions before ‘TanzZwang’ rolls out its red club carpets with delicious dance tracks.

‘Und Ich Tanz’ is wonderfully fast and pointed, leading into superb ‘All Is Shadow’ with its magically executed dance sparkles.

‘Herman Hesse: Im Nebel’ musically nods towards modern day DEPECHE MODE and could be easily performed by Martin Gore and the listener is yet again reminded of the classic WOLFSHEIM on ‘Just One Word’ with its classic hooks and perfect vocal transitions.

‘Once Again’ Heppner waves his magical vocal wand, where the sound blossoms into a mini Love Parade. No chance to ‘Sedate Yourself’ here, the best thing is to continue dancing till the end with ‘Standing Tall’ and he is! But that’s not everything; to top it all, there are further remixes to enjoy…

Heppner can do no wrong, because the moment he opens his mouth, the magic starts to flow, only to cease with the quiet. Nevertheless, with the vast offering of forty tracks, it is easy to lose sight and interest very quickly. The first part is a beautiful standalone piece and the original dance part should have been provided as a separate offering.

A worthy body of work, but only if you allow yourself four independent listenings, pretending those parts don’t form a whole. “Never too much of a good thing” could have been proven very wrong here. 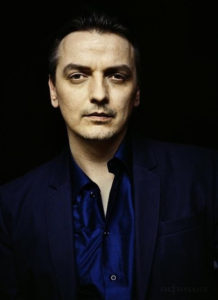 is released by RCA Deutschland as a single CD and vinyl LP while a 4CD boxed set and digital formats are also available, along with a separate edition of the ‘TanzZwang’