June 6, 2015 / electricityclub / Comments Off on ZEUS B HELD Logic of Coincidence 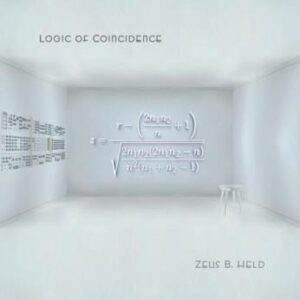 German producer ZEUS B HELD may be not as well known as some of his contemporaries like Giorgio Moroder, Martin Rushent and Colin Thurston, but he has been a key presence in the development of electronic pop music with his edgy, danceable sound. In 2005, Uncut Magazine referred to him as “an artier Giorgio Moroder”.

His credits have included FASHION, DEAD OR ALIVE, JOHN FOXX, DIE KRUPPS, GARY NUMAN and NINA HAGEN, while he was also instrumental in the synthetic sheen for wanabee punksters TRANSVISION VAMP.

But he first became more widely known as one half of GINA X PERFORMANCE whose 1979 cult classic ‘No GDM’ was a regular staple of Rusty Egan’s DJ sets at The Blitz. Recorded in Japan, Germany and the UK, ‘Logic of Coincidence’ is Held’s first solo record since 1981’s ‘Attack Time’.

An intelligent and adventurous album, ‘Logic of Coincidence’ is worthy of investigation on its concept alone as Held explained: “I have always been fascinated by the mathematical and philosophical aspects of coincidence. For me, ‘The Dice Man’ by Luke Rhinehart is an all-time favourite book. It tells the story of a psychiatrist who begins making life decisions based on the casting of dice, and I was lucky enough to find a recording of Rhinehart himself reading from it”.

Indeed, this spoken narrative makes its presence felt on two tracks, ‘The Glass Bead Dice Man’ and ‘Surrender Your Soul’, the former of which sets the scene for this cinematic, almost ambient imaginary film soundtrack. “There’s nothing you HAVE to be…” announces Rhinehart, “be anyone you want to be… surrender your soul, let the dice roll”

The beautiful ‘Being & Time In Todtnauberg’ plays with Alpine Volksmusik, crossing it with a reversing shuffle beat; it could be ‘Ohm Sweet Ohm’ for the 21st Century. A bizarre rhythm section comprising of mouth pops holds the jazzier ‘Sho Pen How Air’ together with vocoder flourishes while ‘Who’s Happy Here?’ is a sumptuous piece in a modern style. Imagine Johan Strauss reimagined by a WILLIAM ORBIT versus TOMITA collaboration with added dubdrops for good measure. What is striking about the first third of ‘Logic of Coincidence’ is that it is experimental yet highly melodic. 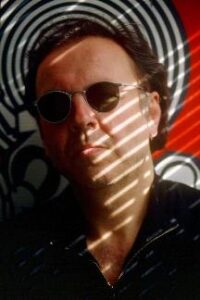 Another jazz odyssey shapes ‘Five Beats On Tyche’ but with ‘Chaos In Sisyphus’, the tension builds to layers of gentle synthesized squelches. While the album is perhaps not wholly representative of Held’s past pop exploits, his artier Moroder template notably appears on ‘Kant Can’t Dance’. Its disco friendly outlook sounds strangely out of place on ‘Logic Of Coincidence’ though, but it is a fabulous track all the same.

“These are soundtracks for imaginary, usually abstract scenes – film, theatre or performance – all of which involve philosophers, thinkers and writers who dealt with issues of chance and coincidence” says Held. And ‘Descartes’ Dream of Lully’ certainly provides a fitting close with neo-classical interludes and abstract explorations that get more frantic towards the track’s conclusion.

At nearly 70 minutes including a bonus remix version of ‘Kant Can’t Dance’ by DREAM CONTROL and a hidden percussive sound sculpture, ‘Logic of Coincidence’ is a bit on the long side, but it is a well-crafted musical journey from Held, with a good number of enjoyable and accessible highlights.