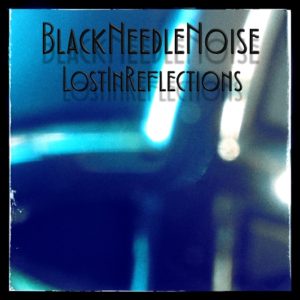 Last year saw yet another metamorphosis for the legendary John Fryer, this time masquerading as BLACK NEEDLE NOISE.

The first opus under the name, which contemplates the scratching sound of black record, ‘Before The Tears Came’, introduced a plethora of sounds and noises performed by the cream of who is who in the world of vocals. Elena Alice Fossi, Zia, Ledfoot, Andreas Eleveness, Attasalina, Jarboe and Betsy Martin amongst others, all got invited to share the “strange and interesting journey”, which proved to be a rather popular outing.

Of course Fryer isn’t a stranger to exquisite productions. Having been a living and breathing backbone of the famous London Blackwing Studios for nearly a decade, during its most prominent years of synthpop, with the likes of DEPECHE MODE, FAD GADGET, COCTEAU TWINS, DEAD CAN DANCE and many more, Fryer learnt his graft masterfully, also being the responsible adult as far as the production of NINE INCH NAILS’ ‘Pretty Hate Machine’ was concerned.

More recently the man himself lent his skills on the wonderfully ethereal MURICIDAE and fantastically glamorous SILVER GHOST SHIMMER, at the same time being an active producer of other artists.

A year on, and the noise magician is ready to serve his follow-up dish of BLACK NEEDLE NOISE, this time thoughtfully titled ‘Lost In Reflections’. Having recently swapped his home studio in the frosty Oslo onto the warmth of LA, Fryer has been busy with further collaborations.

The opening one being, ‘Treasured Lies’, with the returning appearance of Zia Land. This emphatic track is a gripping catalyst of emotion, laced with ominous musical elements and Fryer’s signature guitar as a closing point. 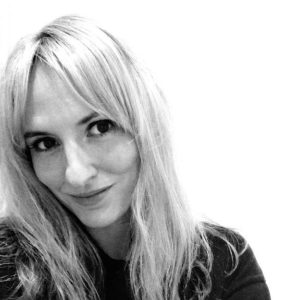 Kendra Frost of KITE BASE makes her entrance on the newest long player twice, firstly on simplistic ‘Warning Sign’ and secondly on the empirical ‘This Kind Of Road’. The latter is a quintessential Fryer track, reminiscent of his ability to build the whole picture in an atmospheric manner of flowing intricacies, without the danger of overloading or dislocating the musical joints. A harsher reality is introduced on the quirky ‘She Stands On A Storm’, even though the angelic voice of Andrea Kerr is delicately interwoven within the grittier, almost STABBING WESTWARD-like arrangement. The track represents an idea of “killing with delicateness”, and it’s exactly what it does.

The highlight of the long player enters half way through, with the generously exquisite ‘Heaven’ with Jennie Vee, stealing the limelight with her distinctive vocal, crying out the melancholy and dreaminess a la Angelo Badalamenti. Oh please David Lynch, use this for the new ‘Twin Peaks’ series!

OMNIFLUX’s Mahsa Zargaran creates magic with her assimilating vocal extravaganza, utilising a soundscape of its own, canvassing the bass heavy background and a profusion of turbulence. 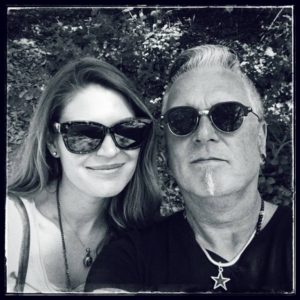 Clearly impressed with Mimi Page’s guestwork on the latest DELERIUM’s album ‘Mythologie’, Fryer borrows the multitalented singer to perform on magically atmospheric ‘Swimming Through Dreams’. As if taken from the parallel reality; this ghostly, mist engulfed gem features humming sounds, which drift away into another world, until “nothing remains”. Indeed ‘And Nothing Remains’ with DEAD LEAF ECHO’s Ana Breton. Continuing the theme of ethereal, otherworldly and from another reality, Breton’s delicate songsmanship glides over abrasive textures of Fryer’s musical aura.

Where one genius meets another is on ‘A Shiver Of Want’. Probably the biggest collaboration on ‘Lost In Reflections’ is that with the legendary Bill Leeb. Leeb, classed as one of the most influential electronic masters, as showcased on his works with FRONT LINE ASSEMBLY and DELERIUM, lends his grainy vocal over a timeless track, which could have easily been released in another era. The piece drags under, creates an uncertainty and leads into the unknown, but the attraction of being pulled is irresistible.

Sivert Høyem guests on ‘Breathless Speechless’, which changes the atmosphere, still keeping the slower tempo in place. Dreamy to the point of oblivion, scary, but addictive, dirty but virgin, seductive, yet clean with that guitar again, which leads to the sinisterly terrifying concepts of The Black Lodge. Just waiting for Bob to appear out of nowhere… 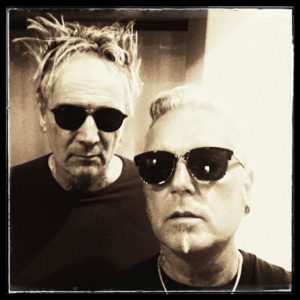 The closing ‘Neon Noir’ couldn’t be more different from the rest of the production; faster, more positive, inviting and very synthy, Fryer gathers the posse to follow the “neon shines so bright” and lose themselves in music. Fine by us.

Refined, very arty, evoking different emotions is what BLACK NEEDLE NOISE is about. John Fryer, with a wealth of experience, paints various musical landscapes with a little help of capable vocalists.

More cinematic this time round, the master pushes the boundaries of what’s acceptable and inevitably he wins, again.

‘Before The Tears Came’ is available as a download album from
https://blackneedlenoise.bandcamp.com/album/lost-in-reflections

Posted in Reviews Tagged with Black Needle NoiseDeleriumKite Base