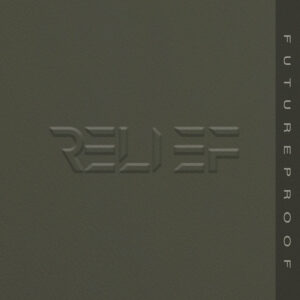 RELIEF is the project by Swedish instrumentalist Staffan Ericson who has most recently been a member of the mysteriously named LANDMARK 4:11.

While that project features vocals, RELIEF is retro-futuristic instrumental synthpop that uses samples from 50s commercials and Sci-Fi movies.

Recorded in Gothenburg over a three year period, ‘Futureproof’

falls into the current vogue for instrumental electronica, thanks to the popularity of Synthwave. But this is no Synthwave album, as it is far too dynamic, catchy and melodic to fall into that category.

The brilliant opener ‘Trough The Wires’, which originally premiered on the ‘Romo Night Records Vol 1: A Collection Of The New Brat’ compilation, sums up the album’s intentions as a melodic instrumental work which even throws in an unexpected key change. The following track ‘Say My Name’ with its harder bass arpeggio is like Jean-Michel Jarre with nothing to fear, while ‘The Gathering’ keeps the synthpop alive with a squelching rumble and the reminiscent air of LADYTRON and ‘Turn It On’ in particular.

‘Modern Life’ seems moodier but doesn’t let up with percussive magnetic overtones before ‘Shades and Light’ literally provides sparkly relief alongside the atmospheric electro-disco bounce of ‘In the Air’. ‘The Mercury Effect’ has a spikier cinematic drama while also in the filmic vein is ‘The Polygon’. 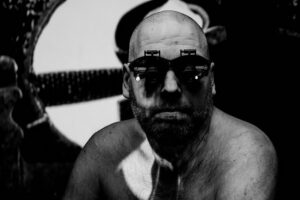 But ‘!= TheEnd’ is slightly more doom laden as per the title but is constructed with a lattice of electronic hypnotism. The more frantic ‘Arise’ veers towards proggier textures as the throbbing legacy of Giorgio Moroder looms on ‘Seconds of Eternity’. Ending on a dystopian note with understated vocoder, ‘Einbrush Aus Mintropstrasse’ can be seen as something of a KRAFTWERK tribute, ending in a barrage of sirens.

‘Futureproof’ shows itself as a well-produced album that focusses on melody and hooks rather than mood. Very immediate, it acts as a fine Nordic companion to Eric Random and his ‘Wire Me Up’ long player with some of the best instrumental electronic music released this year.

is released by Plastic Men Records, available now as a download from https://relief-gbg.bandcamp.com/