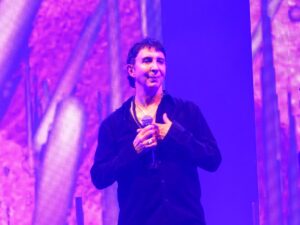 Despite a farewell show at London’s O2 Arena in 2018, Marc Almond and Dave Ball decided a 40th Anniversary tour of that classic album was in order, along with a brand new long player ‘*Happiness Not Included’ to be released in Spring 2022.

As one of the most subversive acts in popular culture, SOFT CELL found themselves part of a celebrity world after the unexpected success of their breakthrough single ‘Tainted Love’; escaping to New York to record and mix their debut album, they found themselves the toast of The Big Apple, mingling with the likes of Divine, Madonna and Andy Warhol in the city’s hedonistic club scene. 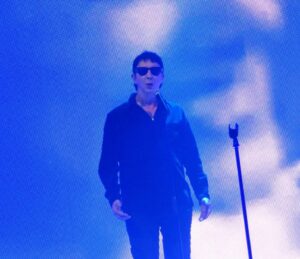 Although ‘Bruises on All My Illusions’ and ‘Heart Like Chernobyl’ had already been premiered on streaming platforms, the new record’s promise was outlined with the cinematic drama of ‘Happy Happy Happy’ and the tense Italo Noir of the ironically titled ‘Nostalgia Machine’.

‘Monoculture’ reflected on the first SOFT CELL reunion of the early 21st Century, but the evening was also an opportunity to perform a few songs that were not part of The O2 extravaganza. Most welcome was the glorious ‘Kitchen Sink Drama’ with its tale of a bored lonely housewife and her growing dependency, while the Latin-flavoured goth of ‘L’esqualita’ and the exhilarating electro-schaffel of ‘Divided Soul’ also got deserved airings. 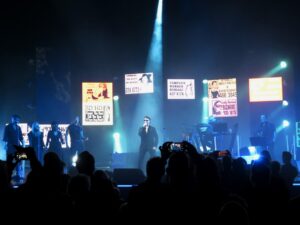 However, ‘Where the Heart Is’, ‘The Art of Falling Apart’ and ‘Martin’ provided points of familiarity for Cellmates to end Act 1, with Ball providing a particularly blistering Eno-esque solo to the sophomore album title song. 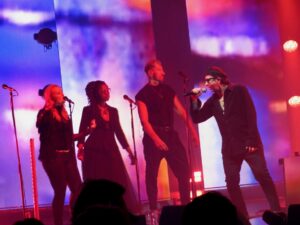 The smooth sleaze of ‘Seedy Films’ was enhanced by Gary Barnacle on sax who toured with SOFT CELL back in the day and projections of Soho’s sex industry neon signs.

Whether it has been John Profumo, Jeremy Thorpe, Cecil Parkinson, Jeffrey Archer, David Mellor, Paddy Ashdown or Matt Hancock, the superb Northern Soul tinged ‘Secret Life’ captured the continuing spectre of the British political sex scandal while on the same subject, the evergreen melodramatics of ‘Say Hello Wave Goodbye’ provided a magnificent Act 2 conclusion with the final chorus sung entirely by all present. 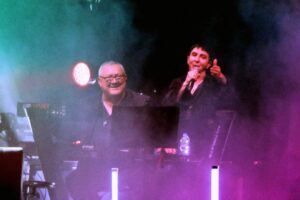 The encore allowed for another newbie in the catchy ERASURE sounding ‘Purple Zone’, by far the most convincing song from ‘*Happiness Not Included’, before ‘Memorabilia’ provided the end of night dance off with Almond joining Ball in his synth complex to wave goodbye.

Despite a slow start from the mature crowd, it was eventually a fine night of dancing, laughing, drinking and loving. There was no standing alone at The Pink Flamingo tonight or crying in the rain. 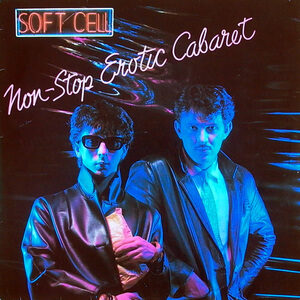 The new SOFT CELL album ‘*Happiness Not Included’ is released on 6th May 2022 via BMG, pre-order from https://softcell.tmstor.es/