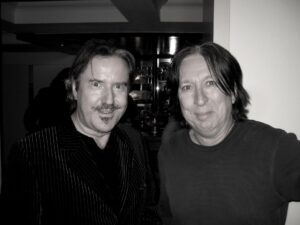 DRAMATIS were a band of GARY NUMAN sidemen who toured the skies, but came into being as their own entity after their boss prematurely formalised his retirement from live performance at Wembley Arena in April 1981.

Their debut album ‘For Future Reference’ released later that year did not sell well despite the Numan voiced Top40 hit single ‘Love Needs No Disguise’, but it became something of a cult favourite.

After Denis Haines departed over disagreements about touring, the remaining trio of RRussell Bell, Chris Payne and Ced Sharpley played a series of live dates and issued a trio of singles ‘Face On The Wall’, ‘The Shame’ and ‘I Can See Her Now’ which were exhibiting a musical progression and a potential breakthrough.

However, a combination of frustrations with their label Rocket Records and their former boss’ desire to return to touring led to DRAMATIS being put in hiatus, as Bell, Payne and Sharpley returned to the Numan fold.

In 2012, there had been plans to DRAMATIS to reunite but the untimely passing of Sharpley led to a period of uncertainty as Bell and Payne grieved for their bandmate.

2019 saw RRussell Bell and Chris Payne make their belated solo debuts but for the start of the new decade, there was the unexpected announcement of a new DRAMATIS single entitled ‘A Torment of Angels’. Written by Bell and with a prog synth template likely to satisfy fans of ULTRAVOX, Payne said: “RRuss is a very clever composer. He has always managed to create incredible memorable tunes but not in a standard way. His construction of chords and melody are very ‘angular’ and never follow convention. This is what makes him so unique as a writer.”

With work now progressing on a second DRAMATIS album, RRussell Bell kindly chatted about why it has taken so long to follow-up ‘For Future Reference’ and the possibility of live dates… 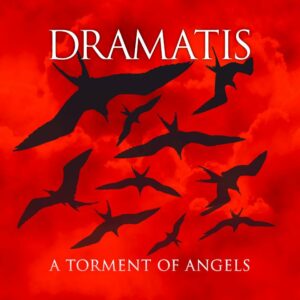 After the various false starts, it was a pleasant surprise to hear there was a new DRAMATIS single to start the decade?

Yes, we finally got it together. To be honest, losing Ced was a massive blow that seriously knocked us back.

Even now, whenever I program a drum track, I always try to imagine what Ced might have played and attempt that.

Also, with Chris living in France, it was difficult for us to get together regularly and our studio software isn’t entirely compatible so working purely online is difficult.

You recently released your debut solo EP ‘Like-A-Human’, so what inspired you to head down the DRAMATIS route?

I totally updated my studio a little while ago and that was the impetus to start recording a backlog of songs I’d written, as well as writing new stuff. I really enjoyed recording the ‘Like-A-Human’ EP and it was a big learning curve getting the whole thing ready for release, doing the artwork for the CD, organising worldwide distribution, filling in tax forms for the US and packing and posting merchandise from home.

We used to have record companies to do all that crap but it’s more than worth the effort to be independent. Getting the EP out gave me enough confidence to then look at finishing the second DRAMATIS album with Chris. We were both ready for it. 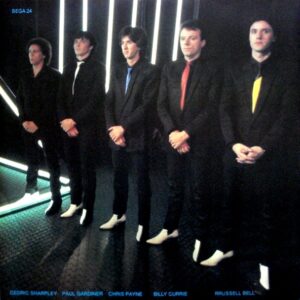 What were DRAMATIS’ original influences and what have you been listening to recently to help point out a direction?

Everyone seems to be obsessed with Influences and genres these days.

My influences comprise the sum total of everything I’ve ever heard and learnt throughout my life but I don’t listen to music, not at home and not in the car because I really don’t want to be influenced by what other people are doing. If you try to follow a trend you’re always going to be behind it.

For me it’s important to write and record music that I like, regardless of whether other people like it. I think you have to be true to yourself and when you’re an independent artist you don’t have a record label saying, “Quick! Jump on this bandwagon” so you can follow your own path. That kind of freedom is wonderful.

Of course, it also gives you plenty of opportunities to fall flat on your face. I like that. However, going back to the original question, Gary has obviously been a big influence on me because he was a major part of my musical life for a decade, so I’ll happily and gratefully put my hands up to that one.

How would you describe the new DRAMATIS material?

Personally, I’m aiming for the musical equivalent of a barely controlled explosion, with epic synths, wailing guitars, orchestral strings and horns, multiple tribal drum tracks and soaring melodies. That’s what I’m aiming for. It’s not for me to decide if I’m anywhere near achieving that. It might sound like a wet fart to some people but you can’t please everyone. 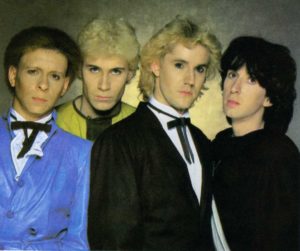 How has writing and recording for this new music differed from when you last wrote as DRAMATIS?

I’m not aware of having changed the way I write songs. Recording is easier now in my own studio with modern equipment.

In fact, recording is so easy now that anyone, even someone tone deaf with no sense of rhythm can put together something that sounds a bit like a proper song, because the software gives you the rhythm and tunes and all the bum note.

But that doesn’t mean anyone can write a good song! I constantly have to fight the urge to rely too heavily on software, it can sap your creativity and make you sound anodyne and derivative.

‘A Torment Of Angels’ and your solo track ‘Like A Human’ saw you changing your vocal style and singing in a much lower key?

Yes, the funny thing is, when we recorded the first DRAMATIS album, we recorded the backing tracks first, then I’d lock myself in a room and write the lyrics. Then we’d start putting the vocals down, that’s when I discovered that they were all in keys that were a bit high for my voice. Basically, I’m a baritone. The verses of ‘I only Find Rewind’ are at a comfortable level for me and that’s around the pitch I write songs at now.

There was a song called ‘Retro Alien Thing’ that previewed in 2014. What was that about and will it be part of the new album?

That was an early song that Chris came up with, I wrote a totally different set of lyrics with a different melody, so now we have two songs with the same backing track. One of them might be on the album. Basically, we’re going to record as many songs as possible and then pick the best ones for the album.

Is ‘Sand & Stone’ which was played live during your tour in 1982 going to part of this new album?

A properly recorded studio version of ‘Sand & Stone’ is a contender for the album. I’ll let you know if it makes the cut as soon as we’ve decided. 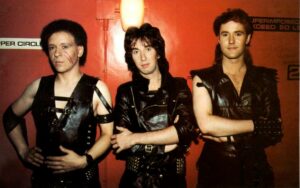 Lyrically many of DRAMATIS’ songs reflected the dystopia of the times, and that all seems to have come full circle?

Yeah, it’s basically the same old sh*t happening to different people, which pretty much sums up the history of the human race. We never seem to learn anything from history.

So we’re just doomed to make the same mistakes over and over again. At least it gives us songwriters something to whinge about.

Are there any songs from the DRAMATIS reboot that you can tell us apart and how they’re coming together?

Today I’m working on a track called ‘Time Flies’. It has a floaty ethereal chorus, a slightly edgy verse and a weird bit in the middle that might well get the boot and be replaced by something with less oddness.

You and Chris have been appearing with and as support for your former boss at various points over the last ten years, what has that been like?

Playing with Gary is always fun. He’s so easy to work with and also, I finally got to play at the Albert Hall, even if it was just one song. Brilliant. 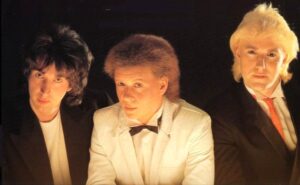 There was talk of a remastered ‘For Future Reference’ with its associated Rocket-era tracks coming out, what’s the state of play there?

Yes, that’s part of the plan but we still need to track down the original tapes. We also need them to assemble some backing tracks for live gigs as there’s only two of us now, so we obviously can’t play everything live.

If we can’t find them, we’ll have to re-record them, which will be a major pain in the arse. If anyone knows where they are please get in touch with me via Chi, it would be massively appreciated.

What are your favourite DRAMATIS songs from that first phase? Are there any particular memories, either personal or during recording attached to them that you can recall?

I think my favourites from that era are ‘I Only Find Rewind’, ‘The Shame’ and ‘Love Needs No Disguise’. I also have a soft spot for ‘I Can See Her Now’.

You played a Chapman Stick on ‘For Future Reference’, did you ever get the hang of it because it looks a bugger to play? 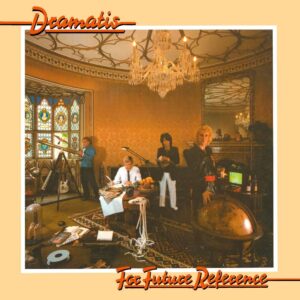 Do you still have your Moog Liberation?

Yes, I still have the Moog Liberation. It’s in the attic in London. God, that was a heavy bit of kit to lug around the stage.

I haven’t used it for years because I lost the 16 core lead that attaches it to the rack unit.

Is DRAMATIS playing live a possibility in the future?

Yes, DRAMATIS playing live is a very distinct possibility in the not too distant future.

‘A Torment of Angels’ is available as a download single from https://dramatis.bandcamp.com/

‘For Future Reference’ is reissued as a 2CD set by Cherry Red Records on 22nd April 2022, pre-order from https://www.cherryred.co.uk/product/dramatis-dramatis-2cd-digipak/