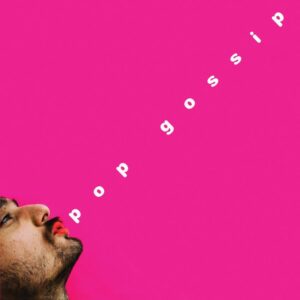 After an excellent debut album featuring great songs such as ‘Age Of The Train’, ‘After Dark’ and ‘The Ballad Of Remedy Nilsson’, INTERNATIONAL TEACHERS OF POP bring more of their danceable synthy togetherness to the safety of your own home with some ‘Pop Gossip’.

Sheffield veterans Adrian Flanagan and Dean Honer of THE MOONLANDINGZ, along with vocalist Leonore Wheatley have added her primary school mate Katie Mason to take up the space vacated by THE HUMAN LEAGUE since Oakey, Catherall and Sulley opted for the lucrative if not artistically challenging nostalgia circuit.

Having co-produced THE HUMAN LEAGUE’s ‘Credo’

, Dean Honer has steered the staff room to put into realisation the kind of album Oakey and Co should have been making in the first place.

In celebration of the local Ritzy, opening tune ‘Don’t Diss The Disco’ squiggles in the bass department and wonderfully recalls handbags piled on the dancefloor with a few more energetic hooks than can be found on the latest ERASURE album.

Taking in the serious subject of misogyny and #MeToo, ‘Gaslight’ utilises a prominent offbeat and a chorus out of THE HUMAN LEAGUE songbook. With a more ironic approach on a similar gist “cos you’re an arseh*le”, the bouncy dancehall of ‘I Stole Yer Plimoles’ featuring Jason Williamson of SLEAFORD MODS may not be for everyone, but its sardonic nature encapsulates the departed spirit of YOUNGER YOUNGER 28s, a Northern English band from before the turn of the century who also owed a small debt to THE HUMAN LEAGUE.

But the moodier synth excursions of ‘Flood The Club’ recall the early avant pop phase of THE HUMAN LEAGUE set to a more metronomic beat and there’s even a subtle air of Eastern Promise attempting to break through amongst the cleverly chopped-up and manipulated vocals.

Meanwhile, the laid back approach of ‘A Change’ isn’t far off being an R n B soul ballad in the vein of ROSE ROYCE (or for younger listeners BRANDY) and it adds a new string to the bow of INTERNATIONAL TEACHERS OF POP.

Recalling the topline phrasing of ‘I Feel Love’, Katie Mason makes her lead vocal debut on ‘Prince (The Final Wheelie)’, a wonderful electronic disco tribute to The Purple One rather than Harry although HRH and his missus are the subject of the album’s closer ‘The Tower’; that provides the brilliant uptempo album closer and amusingly imagines Queen Elizabeth II telling her Beefeaters to “Take them to The Tower, it’s a beautiful day, take them away!” like a future scene from series 6 of ‘The Crown’. 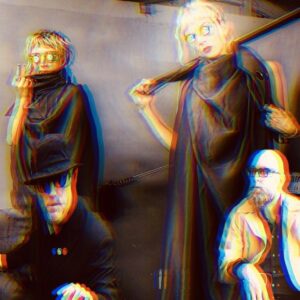 On ‘The Red Dots (Dirty Mind)’ , the verse of comes over like Joanne Catherall singing lead for THE HUMAN LEAGUE for the first time, while the sub-two minute ‘Beats Working For A Living (For Martin)’ is more experimental with pulses in portamento and glitchy voices all in unison.

If you got an ‘A’ grade in German O level, then you will know ‘Ein Weiterer Stein In Der Wand’ is PINK FLOYD’s ‘Another Brick In The Wall’ sung in Deutsch before even playing it. A bold statement on the state of the nation and Brexit, Adrian Flanagan said: “I hope that statement is ‘I hate PINK FLOYD but love KRAFTWERK’ and / or – ‘I hate you but love the EU’”.

Brilliantly sparkling and thumping in keeping with its title, ‘Femenenergy’ is a younger cousin of ‘After Dark’ but there’s nowt wrong with that! A tribute to Patrick Cowley and Sylvester James via a female empowerment take on ‘Menergy’, this is a fine example of INTERNATIONAL TEACHERS OF POP continuing the fine tradition of Northern English synth.

A natural progression, if you loved the ‘International Teachers Of Pop’

debut, you will love ‘Pop Gossip’. No complaints, no issues, this record is a reminder that the halcyon days everyone has missed over the last few months will return and in the interim, acts as an aural cuddle for the masses.

is released via Desolate Spools in CD, vinyl LP and download formats