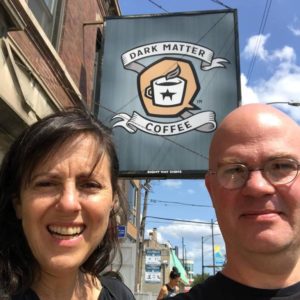 Currently opening for ERASURE in North America, REED & CAROLINE are the quirky Buchla driven duo who in the mission statement for their second album declared “Formulate hypotheses and gather all the facts – it’s science! It’s all about science!”

, which did what it said on the tin. Hays also hosts a recurring Maker Park Radio series appropriately called ‘The Synthesizer Show’ with Vince Clarke which broadcasts from Staten Island.

In the meantime, REED & CAROLINE continue their Stateside tour with ERASURE until the end of August, while KITE BASE will be opening for NINE INCH NAILS in Washington DC and New York this October as well as New Orleans in November.

is from the album ‘Hello Science’

released by Very Records in CD and digital formats 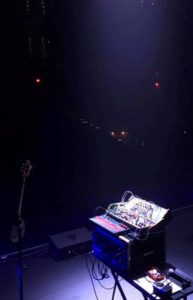 REED & CAROLINE open for ERASURE on all remaining dates of their 2018 ‘World Be Gone’ North American tour, further information at http://www.erasureinfo.com/concerts/