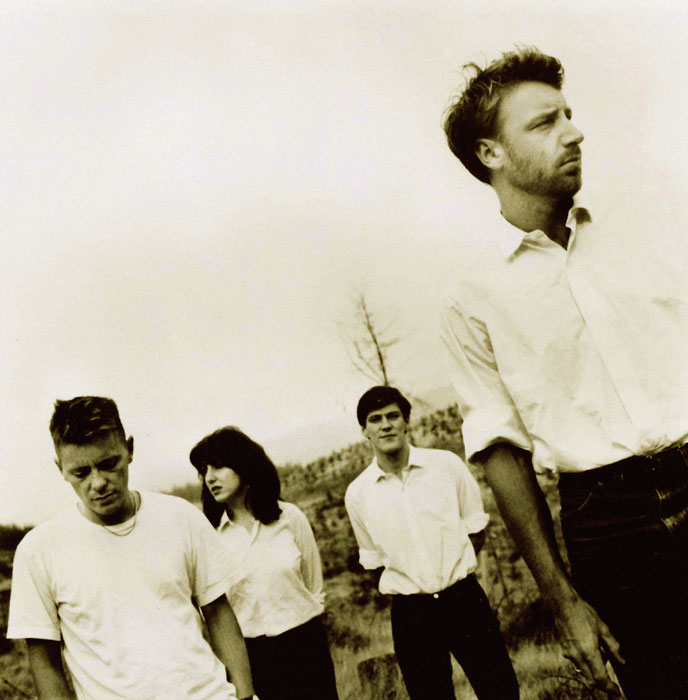 Photo by Glenn A Baker

Like PET SHOP BOYS, NEW ORDER collaborated with other artists from quite an early stage in their career, as well as later working on their own various projects during the band’s recurring hiatuses.

Even in the JOY DIVISION era, Ian Curtis, together with manager Rob Gretton produced ‘Knew Noise’ by SECTION 25 in 1979. Following the passing of the charismatic front man, NEW ORDER underwent a well-documented transformation, aided by the advancements in technology. While NEW ORDER began with electronic instruments such as the Doctor Rhythm DR-55 drum machine, ARP Quadra and Sequential Pro-One, their synth armoury would expand to a Moog Source, Emulator, several Prophet 5s and an Oberheim DMX.

Bernard Sumner in particular relished the opportunity to further his craft by recording with other artists. Although more naturally inclined to the live environment, Peter Hook did bring his experience into the studio as well, while Stephen Morris and Gillian Gilbert primarily found an outlet for their knowhow within television. The compilation boxed set ‘NEW ORDER Presents Be Music’

released on Factory Benelux gathered many of these works. 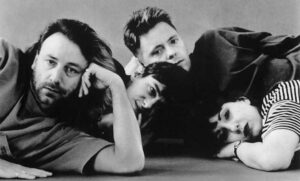 But there are still a significant number of tracks which featured the artistic input and involvement of a NEW ORDER member that are worthy of discovery and recognition.

So here are 20 tracks which encapsulate the spirit of NEW ORDER through the medium of collaboration and joint working, restricted to one track per project and presented in chronological order. 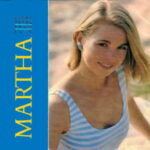 Martha Ladly was already part of the NEW ORDER family having produced the paintings for the Peter Saville Associates artwork of ‘Temptation’ and the ‘1981-1982’ EP. Formally of MARTHA & THE MUFFINS, she teamed up with fellow Canadian Brett Wickens on this charming pop tune that echoed THE HUMAN LEAGUE’s ‘Open Your Heart’. Peter Hook provided his distinctive melodic six-string bass and dynamic production came from Steve Nye. The promo video was directed by Midge Ure and Chris Cross of ULTRAVOX.

Originally released as a single on Island Records, currently unavailable 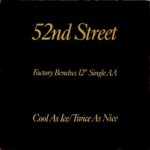 While the trailblazing electro of ‘Cool As Ice’ was solely produced by Donald Johnson, Bernard Sumner contributed the synth basslines which were from a Moog Source run from a Powertran 1024 sequencer; it was to become the trademark feature on many of the NEW ORDER front man’s productions. The hybrid of authentic Manchester soul courtesy of Beverley McDonald’s vocals and New York urban influences was unsurprisingly a cult success across the Atlantic. 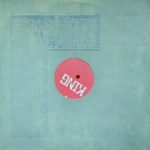 One of Bernard Sumner’s productions for Factory with Donald Johnson, ‘Reach For Love’ featured the late Marcel King who was a member of SWEET SENSATION, a vocal group who won ‘New Faces’ and had a No1 with ‘Sad Sweet Dreamer’. With its distinctive Moog bassline programming, this was a vibrant electro disco tune that couldn’t have been more different. Shaun Ryder of HAPPY MONDAYS remarked that if this had been released on a label other than Factory Records, it would have been a hit! 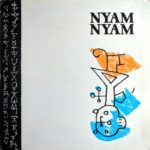 Despite Peter Hook’s more rock inclined sympathies and productions for acts like STOCKHOLM MONSTERS and THE STONE ROSES, he showed that he knew his way around the dancefloor as well with this Moroder-esque offering by Hull combo NYAM NYAM which he produced. Featuring a Roland TR808 plus NEW ORDER’s Emulator and Prophet 5 amongst its instrumentation, ‘Fate/Hate’ certainly today deserves to be as lauded as SECTION 25’s ‘Looking From A Hilltop’.

Available on the compilation album ‘NEW ORDER Presents Be Music’ 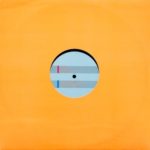 In a change of direction where founder member Larry Cassidy stated “you can’t be a punk all your life”, Factory Records stalwarts SECTION 25 recruited vocalist Jenny Ross and keyboardist Angela Cassidy to go electro. Produced by Bernard Sumner and Donald Johnson, the clattering drum machine accompanied by ominous synth lines and hypnotic sequenced modulations dominated what was to become a much revered cult club classic.

Available on the SECTION 25 album ‘From The Hip’ 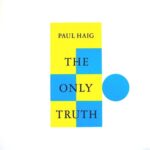 Possibly the best NEW ORDER song that NEW ORDER never recorded, although ex-JOSEF K front man Paul Haig demoed the song to an almost complete standard, when as Haig told ELECTRICITYCLUB.CO.UK: “Bernard Sumner and Donald Johnson started adding more to it like extra guitar, bass and percussion. We spent a long time on the sound of the percussion”. ‘The Only Truth’ was like a brilliant cross between ‘Blue Monday’ and ‘Temptation’, and the 12 inch version was almost as long!

Available on the PAUL HAIG album ‘At Twilight’ 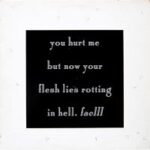 Mark Reeder moved from Manchester to Berlin in 1978 having become fascinated by the artistic diversity of the city and was for a time Factory Records’ representative in Germany. Reeder often sent records to Bernard Sumner from the emerging electronic club scenes around the world. His own Deutsche musical journey started with DIE UNBEKANNTEN, who mutated into SHARK VEGAS; the sequencer heavy ‘You Hurt Me’ was produced by Sumner at Conny Plank’s studios near Cologne. 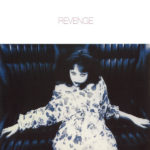 The aptly named REVENGE was Peter Hook’s response to Bernard Sumner’s ELECTRONIC. Comprising of Hook, Dave Hicks and Chris Jones, the  single ‘Seven Reasons’ backed with the edgy gothique of ‘Jesus I Love You’ got in the shops a few weeks before ‘Getting Away With It’. Coming over like early SISTERS OF MERCY with some extra raw power, it was a promising calling card. However, as things progressed, the output of REVENGE was not particularly well-received by the music press. 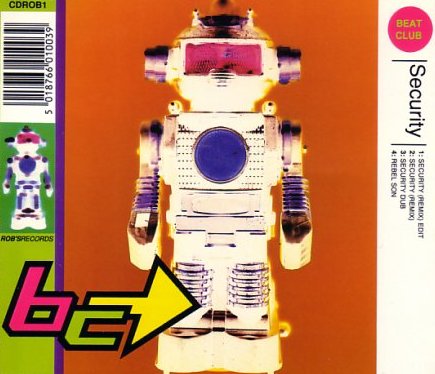 Miami duo THE BEAT CLUB were the husband and wife team of producer Ony Rodriguez and singer Mireya Valls. The Bernard Sumner remix of ‘Security’ was the first ever release on Rob’s Records, the imprint of Rob Gretton. Sumner’s creative additions saw an overhaul of the original version with the crucial addition of his own vocal contribution, giving it an unsurprisingly NEW ORDER-like feel along the lines of a more fully realised ‘State Of The Nation’. 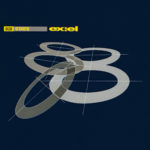 Having been largely instrumental and sample based on their debut ‘90’, the Manchester dance collective used guest vocalists on their more melodic second long player ‘Ex:El’; while Björk contributed to ‘Ooops’, Bernard Sumner added his voice to the dreamy Balearic of ‘Spanish Heart. A less frantic cousin of ‘Mr Disco’ from ‘Technique’ with its holiday romance subject matter, ‘Spanish Heart’ had a blissful feel not too distantly related to ELECTRONIC’s ‘Some Distant Memory’.

Available on the 808 STATE album ‘Ex:El’ 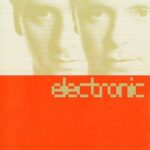 Frustrated with the conflicts and confines within NEW ORDER, Bernard Sumner had planned a solo album. But on bumping into Johnny Marr who had just departed THE SMITHS, it was turned into a collaborative project with the occasional guests including Neil Tennant, Chris Lowe and later Karl Bartos. It was ELECTRONIC not just in name but also in nature. The beautiful closing section of ‘Some Distant Memory’ featuring the oboe of Helen Powell enhanced the string synth melancholy.

Available on the ELECTRONIC album ‘Electronic’ 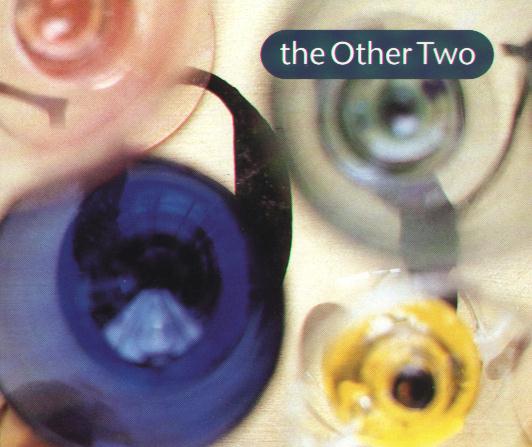 Having done the music for the BBC shows including ‘Making Out’ and ‘Reportage’, Gillian Gilbert and Stephen Morris began turning their stockpile of unused material into songs when NEW ORDER went into hiatus. The original singer slated as the vehicle for these tunes was Kim Wilde, but when this fell through, Gilbert took over on lead vocals. Amusingly titled after a fish and chip shop near Stockport, ‘Tasty Fish’ was a catchy electropop single that should have been a big hit.

Available on THE OTHER TWO album ‘And You’ 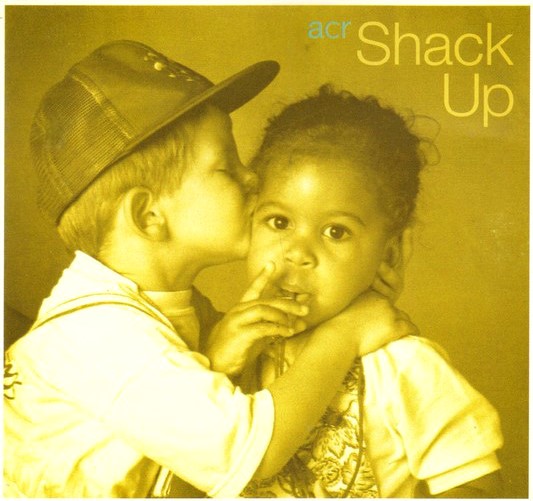 Smoother, tighter, speedier and dancier plus more ELECTRONIC in both name and nature, A CERTAIN RATIO reconfigured and re-recorded their 1980 signature cover with Bernard Sumner and Johnny Marr at the production controls, all as part of a 1994 updates retrospective for Creation Records. Originally a rare groove track by BANBARRA from 1975, this new version was popular with those who had not previously enjoyed the Mancunian band’s earlier industrial funk exploits.

Available on the A CERTAIN RATIO album ‘Looking For…’ 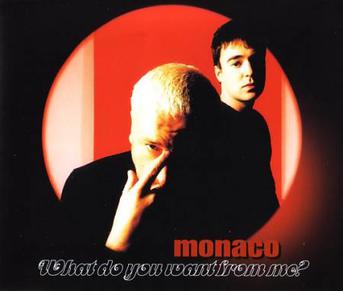 With the demise of REVENGE and seemingly NEW ORDER, Peter Hook regrouped with guitarist David Potts to form MONACO, a combo very much in the mould of the latter. Proudly embracing his signature melodic bass sound, the first single ‘What Do You Want From Me?’ sounded like it could have come off ‘Technique’, with Hook’s Curtis-like baritone and Potts’ Sumner-esque refrain enabling a prompt audience acceptance for the duo.

Available on the MONACO album ‘Music For Pleasure’

THE CHEMICAL BROTHERS featuring BERNARD SUMNER Out Of Control (1999) 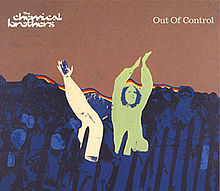 ‘Out Of Control’ was THE CHEMICAL BROTHERS’ sonic template actually fulfilling its potential within a song based format with Bernard Sumner as the willing conspirator. With echoes of NEW ORDER’s 12 inch only excursions like ‘Blue Monday’, ‘Confusion’ and ‘Thieves like Us’, ‘Out Of Control’ had everything from a bombastic backbeat, cerebral sequences and bizarre lyrics, especially when Sumner resigned to the fact that “Maybe my moustache is too much…” 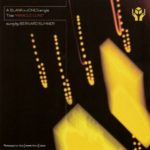 Having worked with Robert Smith of THE CURE, German trance duo Piet Blank and Jaspa Jones had Bernard Sumner high on their list of singers for their album ‘The Logic Of Pleasure’, which also featured Claudia Brücken. The track managed to fill the electronic dance gap that had opened up with NEW ORDER’s more rock focused albums ‘Get Ready’ and ‘Waiting For The Siren’s Call’, while the single release came with excellent remixes  from Mark Reeder and Paul Humphreys from OMD. 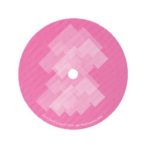 Some say the music of FACTORY FLOOR is genius, others a load of repetitive bleeping to an incessant four-to-the-floor beat. Stephen Morris was a fan, hearing kindred spirits in their use of sequencers next to live drums and guitars, sometimes on the brink of post-industrial noise chaos. With his remix of ‘Wooden Box’, Morris brought out its more tuneful elements and added some vocoder processing. He continued to work with the band as the producer of 2011’s ‘(Real Love)’.

Available on the FACTORY FLOOR single ‘A Wooden Box’ 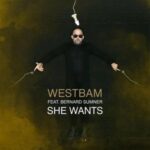 Techno DJ WESTBAM celebrated 30 years in the music business with an intriguing mature collection of songs under the title of ‘Götterstrasse’ which featured Iggy Pop, Brian Molko and Hugh Cornwall as guest vocalists. ‘She Wants’ saw the return of Bernard Sumner on a new electronic recording. With the guitar driven BAD LIEUTENANT having been his main vehicle over the intervening years, it was great to hear him on something approaching the classic sound of synth-centred NEW ORDER again.

Available on the WESTBAM album ‘Götterstrasse’ 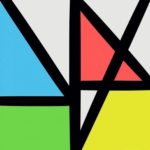 Brandon Flowers named THE KILLERS after a fictional band in the ‘Crystal’ video while his own combo covered the JOY DIVISION standard ‘Shadowplay’ for the ‘Control’ film. So a collaboration was not totally unexpected in this union of the sorcerer and the apprentice. A Stuart Price production featuring Flowers on the chorus, ‘Superheated’ was a slice of supreme pop which despite the frantic drum ‘n’ bass elements, sounded more like THE KILLERS than it did NEW ORDER. 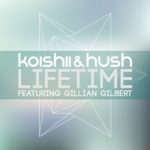 RUSTY EGAN featuring PETER HOOK The Other Side (2017) 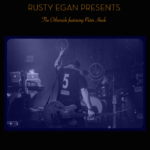 With the opening salvo ‘The Otherside’ featuring Peter Hook on Rusty Egan’s debut solo album, sonic comparisons with NEW ORDER were inevitable and the song’s melodic basslines showed how much his sound was a vital part of the band. The Bass Viking’s vocals also exuded a vulnerability that listeners could empathise with. But with Hooky touring the JOY DIVISION and NEW ORDER back catalogue, new material from him has been rare.

Available on the RUSTY EGAN album ‘Welcome To The Dance Floor’

FREEBASS You Don’t Know This About Me – Remix Instrumental (2017) 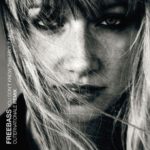 A Mancunian supergroup of three bassists Hooky, Mani and Andy Rourke that spent five years in gestation before imploding. Producer Derek Miller aka OUTERNATIONALE was a fan and told ELECTRICITYCLUB.CO.UK: “Really liked this song despite Hooky’s project falling apart on him! As you know, I’ve started and thought it deserved a proper release, albeit belatedly! So, I’ve been back in the studio with it and totally overhauled it sonically. There’s also a surprisingly punchy instrumental mix now”