A Short Conversation with RICHARD BARBIERI

February 15, 2021 / electricityclub / Comments Off on A Short Conversation with RICHARD BARBIERI 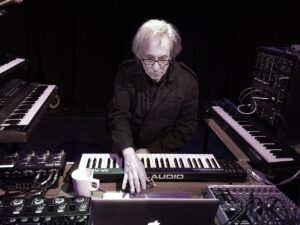 Richard Barbieri releases a new album ‘Under A Spell’, but despite beginning his recorded career in 1978 with JAPAN, it is only his fourth full-length solo offering.

Preferring a collaborative format, when JAPAN disbanded after five albums, Barbieri continued working with his former band mates David Sylvian, Steve Jansen and Mick Karn. It was while he was in JBK with the latter two that he met Steven Wilson of NO-MAN and PORCUPINE TREE who recorded and performed live with the trio.

This led to Barbieri joining PORCUPINE TREE and playing on nine of their albums. During this period, Barbieri also recorded an album with Tim Bowness of NO-MAN and two albums with Steve Hogarth of MARILLION.

His most recent release was the five part ‘Variants’ EP series that comprised of unreleased tracks, new material, live versions including his JAPAN composition ‘The Experience Of Swimming’ and the aural curio ‘1979 Rehearsal Room’ which was based around an atmospheric cassette recording made in rehearsals for the band with which he made his name.

Inspired by strange dreams that Barbieri was having triggered by the anxiety and isolation caused by the pandemic, sombre atmospherics are very much the dominant template for ‘Under A Spell’, capturing dark textures, introspective moods and cerebral downtempo rhythms over its nine tracks.

The unsettling demeanour of ‘Serpentine’ is a particular case in point, inspired by a nightmare that Barbieri had and aurally illustrated by sinister piano, jazzy vibes, schizophrenic cries and the fretless bass of Percy Jones.

While there are no conventional vocals, previous collaborators Rylander Love and Steve Hogarth have their voices manipulated and treated by Barbieri as if they were another instrument, with the phrase “Wake up, wake up, come back alive…” making its eerie presence felt on the album closer ‘Lucid’. 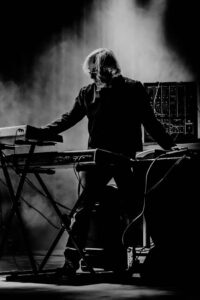 Richard Barbieri had a quick chat about the making of ‘Under A Spell’ and the upcoming ‘Quiet Life’ deluxe boxed set.

Had the “clearing of the vaults” for the ‘Variants’ series helped with focussing on a direction for ‘Under A Spell’?

Not really. The ‘Variants’ series of EPs was a way of staying creative without having the pressure of making a follow-up to ‘Planets & Persona’.

When I was finally ready to make another album, the Covid virus began to take hold in Italy and the UK. From that point on, I had to make a quite different album to the one I intended.

How does ‘Under A Spell’ differ from ‘Planets + Persona’ in terms of concept, sound design and additional musicians?

It’s more introspective and essentially a home recording, though it does feature a good amount of musical performances from the same group of musicians on my recent works.

Some performances were recorded remotely and some I derived from past recording sessions and used them again, but in different contexts. The concept and working process of ‘Planets…’ was outward looking and expansive in nature. ‘Under A Spell’ is informed by vivid dreams and a strange and surreal exterior atmosphere due to the first strict lockdown in the UK. 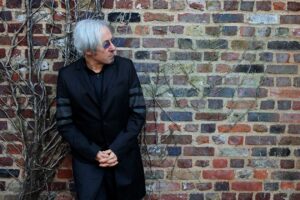 With everything going on outside, had this affected your approach to ‘Under A Spell’?

Definitely. It also changed the compositional process because I focused even more on the atmospheric and textural elements. I let things evolve and tried to make it a very immersive listening experience.

Is there more use of software this time around or are your vintage synths still very much present?

I use a bit of everything. For the first time, I have a dedicated work room / studio so I have all my gear to hand. I used the usual old analogues (Roland System 700 Lab series, Prophet 5, MicroMoog, Yamaha CS-01) and some newer analogues like the Dreadbox Medusa and NYX. Also the Roland SE-02 mono synth. I used some Arturia software instruments, especially the CS80 emulation.

What is your favourite track on ‘Under A Spell’ and how did it come together?

Although it’s probably the hardest listen, I managed to completely achieve the atmosphere I wanted on the opening title track. It has a full complement of performances, some improvised and some heavily processed and mangled. The basis hinged around a jazzy vibraphone progression that I had wanted to use for a long time, combined with muted acoustic guitars and trumpets and whispering voices. I think it sets the scene very well. 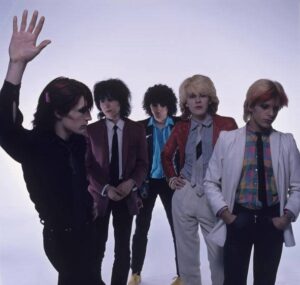 JAPAN’s ‘Quiet Life’ album gets the deluxe boxed set treatment in March 2021, how does it stand up for you 41 years on and how do you look back on your own contributions?

I’ve heard the remaster of the album and it sounds wonderful. It’s my favourite JAPAN album and that particular period represents the happiest time for me as a musician. My contributions became an integral part of the band sound for the first time really. I love the textural elements, the orchestrations and how the electronics blend with it all. It’s very much an album of that time but it stands up well and I think it has a beautiful organic quality. It’s a sophisticated work made by kids.

ELECTRICITYCLUB.CO.UK gives its warmest thanks to Richard Barbieri 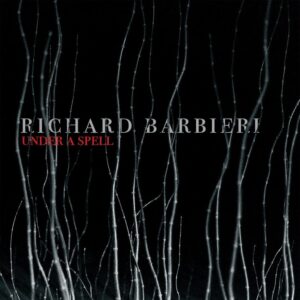 ‘Under A Spell’ is released on 26th February 2021 in CD, red or black vinyl and digital formats by Kscope, pre-order from https://burningshed.com/tag/Under%20A%20Spell